The partnership between Iveco, FPT and Nikola moves its very first steps. The announcement of the collaboration between the two sides of the Atlantic dates back to the beginning of September at Capital Markets Day (and we were in New York, indeed). On 2 and 3 December, in Turin, the first prototype of an electric truck was unveiled to the press all over Europe.

The time frame for production is relatively short: the program includes the testing phase and the launch at the IAA in 2020 and the production and delivery already in 2021. 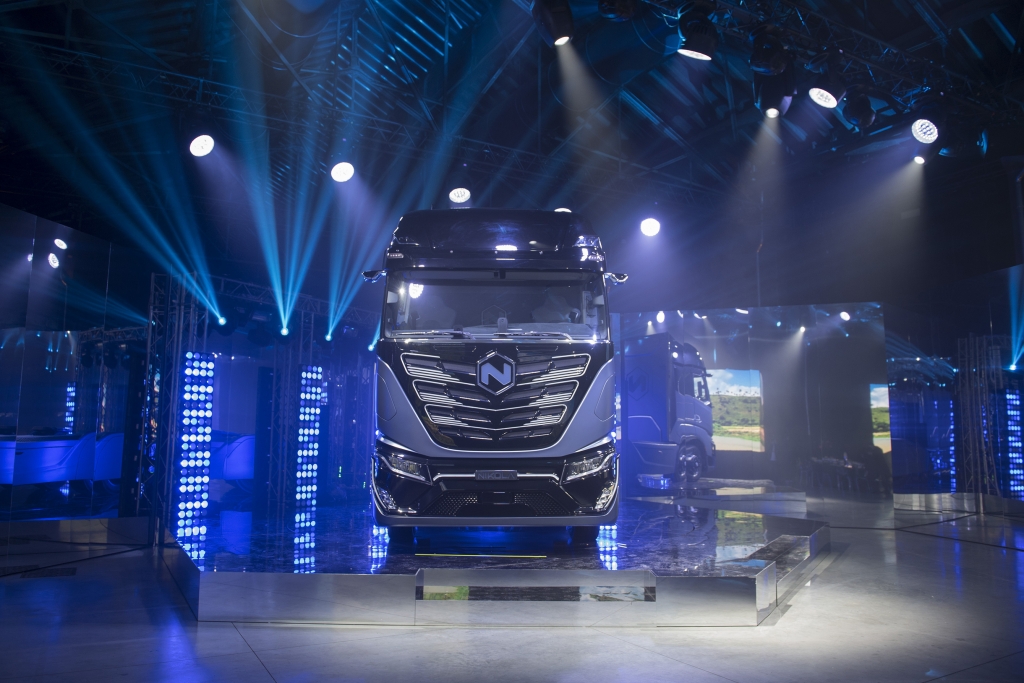 Iveco, FPT and Nikola: hydrogen is the target

The vehicle displayed at the event is a maquette of the Nikola Tre 4×2 tractor for regional missions, with a range of up to 400 km and dynamic performance equal or better than a diesel equivalent model.

The vehicle will feature a modular battery system with a total capacity of up to 720 kWh, which can be tailored to match different customers’ missions. The electric driveline will deliver 480 kilowatts Continuous Power Output with 1,800 Nm Peak Torque.

WHEN NIKOLA BECAME PART OF THE CNH INDUSTRIAL FAMILY

According to the vision communicated by Iveco, FPT and Nikola, the version powered by electric batteries (BEV) will soon be joined by a further technological advancement, the fuel-cell version powered by hydrogen. The idea is to enter the market with a modular concept, revolutionizing – ‘disruptive’ was one of the most pronounced words during the two days in Turin – road transport with a view to greater sustainability. For the delivery of the fuel-cell model, we are talking about 2023. 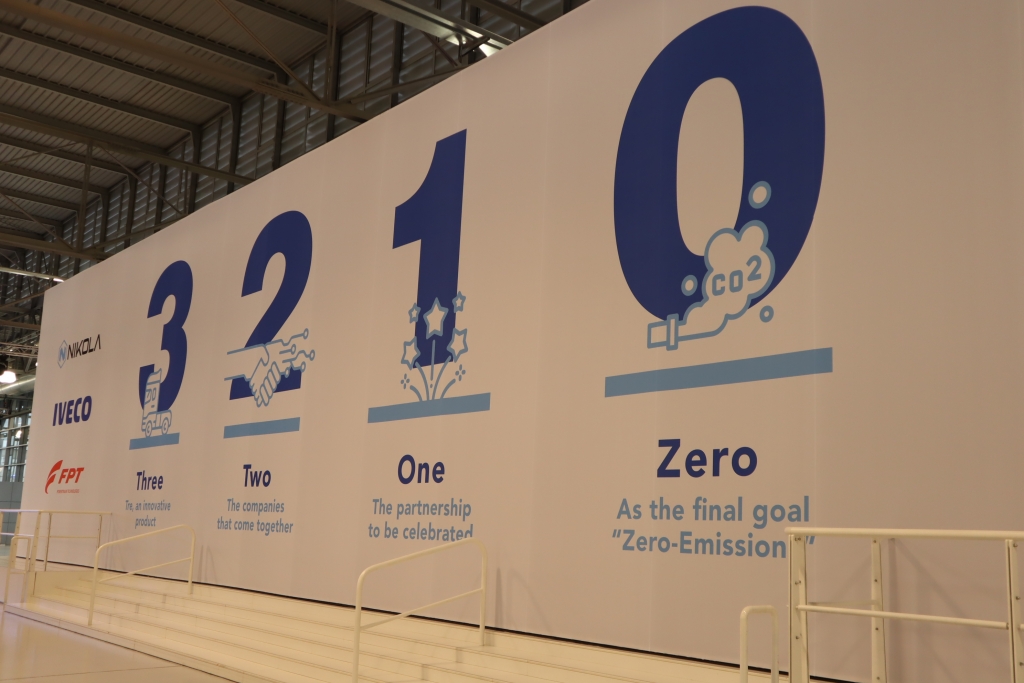 Great satisfaction was expressed by the top management of Nikola and CNH. Trevor Milton, CEO of Nikola, in particular, talked about a «win-win partnership with Iveco and FPT. If we think – he added – that the agreement was announced just three months ago, I leave you to imagine what we will accomplish in the next three years». Hubertus M. Mühlhäuser, CEO of CNH Industrial, instead spoke about the meeting «between two soulmates, who want to drive the transformation of sustainable transport. We see this step as a natural evolution of our company».

Gerrit Marx, head of the Commercial and specialty vehicles segment at CNH, tried to answer a key question: why now?The reasons are basically three: the tightening emissions regulations, which assumes a share of zero emission vehicles by 2025; the characteristics of hydrogen as a conflict-free and clean source of energy; the need to create indeed circular economy as the world, and especially the younger generations, requires it.

The challenge of hydrogen production and vehicle recharging stations remains on the table. The plan speaks of 700 stations to be built in the United States and 70 in Europe, along the main transport lines. Quite an ambitious plan, of course, and preparatory to the spread of fuel-cell, which would, however, also allow the partners to control energy production. The chicken and the egg, in short, as repeated more than once by the management of Nikola.

Which role for FPT?

What about the role of FPT? Not at all secondary, according to the words of Annalisa Stupenengo, head of powertrain at CNH, stimulated on this subject during the press conference. The advent of hydrogen does not change at all the strategy of FPT Industrial, which has long been committed to the development of engines powered by alternative sources (natural gas, for example). The synergy with Nikola, in fact, helps to achieve the group’s objectives first. Without neglecting research into more conventional engines.

Microvast’s MV-C Gen 4 lithium-ion battery packs will power REE’s P7 fully-flat commercial EV platforms with REEcorner technology. REE is expected to display its P7 platform with Microvast’s battery packs at NTEA Truck Week, March 7-10 in Indianapolis
Dacke Industri announced the appointment of Satu Rautavalta as the new CEO of Pimatic Oy. Mika Virtanen, VP of Air Technology and Electromechanics, Dacke Industri, will take over the role as Chairman of the Board in Pimatic, after Lars Fredin, Group CEO of Dacke Industri.
FPT Industrial will be supplying up to 500 high-performance battery packs to sister company Iveco Bus to equip its fleet of E-Way full-electric 18 m articulated city buses to be delivered in Belgium
TotalEnergies and Eni have completed the transfer to QatarEnergy of a 30% interest in exploration Blocks 4 and 9 off the coast of Lebanon.